A new report [PDF] by the Congressional Budget Office (CBO) looks at changes in household wealth from 1989 through 2013. The report finds, “The distribution of wealth was more unequal in 2013 than it had been in 1989.” The bottom half of the population lost wealth over the period, while other groups gained. The higher the wealth in 1989, the greater the gains to 2013. Wealth distribution has become more unequal over time.

All wealth groups including the top ten percent lost wealth since 2007, the year before “the great recession.” The report does not look at the top one percent independently. 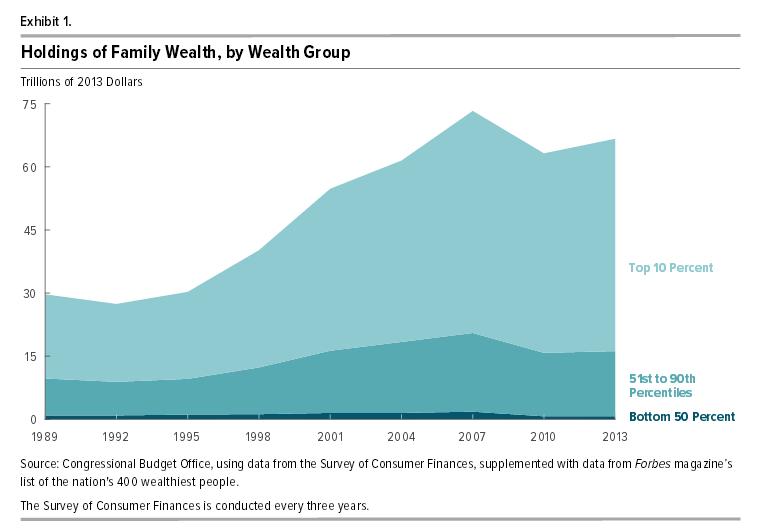 The report also looks at changes in wealth since 1989 for families with heads of households at different ages, and for those with different levels of education. Here too, results varied widely. 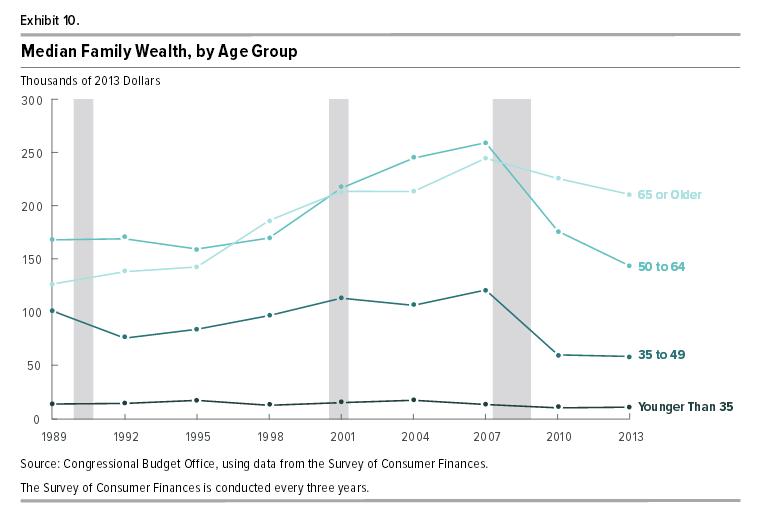 Families with heads of households of all ages lost wealth, except those over age 65. Groups aged 35 to 64 gained ground until 2007, but slipped dramatically since then — losing all of the gains and then some. Wealth of younger people budged just a little throughout the entire period. 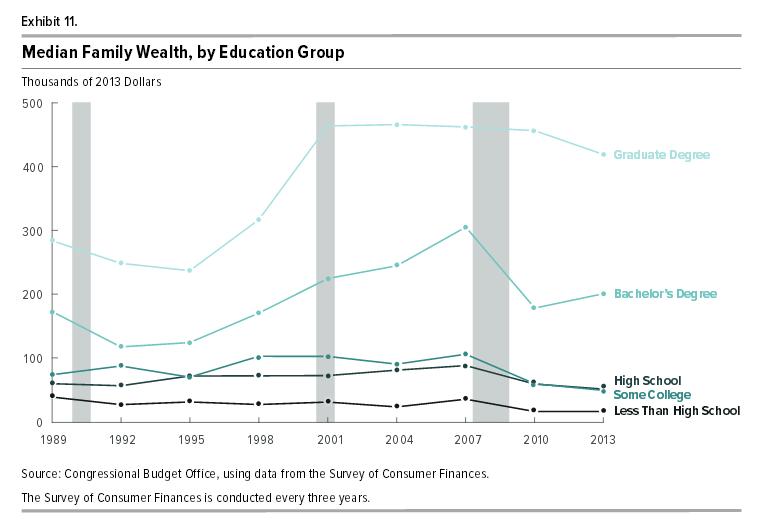 After 2007, all education groups lost ground, with the high school degree crowd ending up lower than they had been in 1989.

THE TOP ONE PERCENT

While the report did not specifically categorize the top one percent of wealth holders in the overall analysis, it observed:

For this analysis, CBO calculated that measure of wealth as a family’s assets minus its debt. CBO measured wealth as marketable wealth, which consists of assets that are easily tradable and that have value even after the death of their owner. Those assets include home equity, other real estate (net of real estate loans), financial securities, bank deposits, defined contribution pension accounts, and business equity. Debt is nonmortgage debt, including credit card debt, auto loans, and student loans, for example.

The report is 20 pages long with a dozen graphical illustrations and can be found here [PDF].