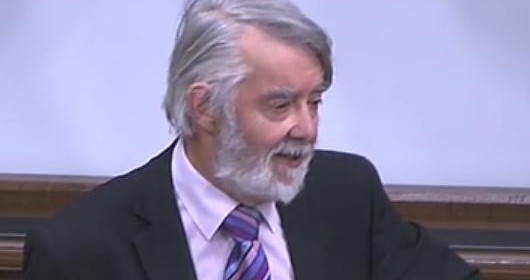 The United Kingdom allows for citizen petitions. At the top of the petition list with over 575,700 signatures is one entitled “Block Donald J Trump from UK entry.” 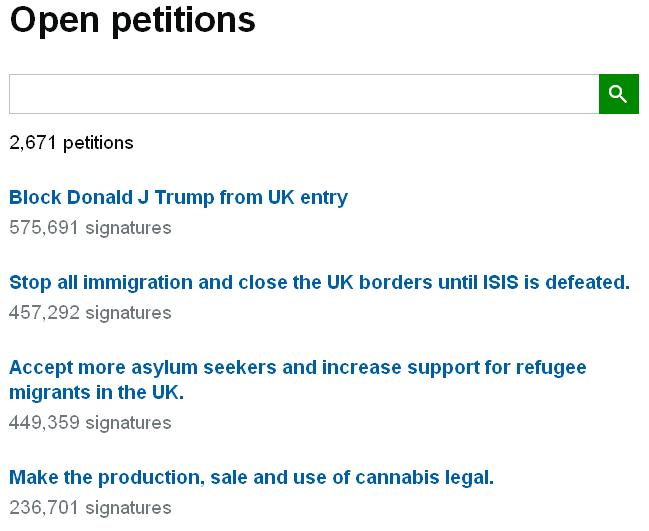 The UK has banned entry to many individuals for hate speech. The same principles should apply to everyone who wishes to enter the UK.

If the United Kingdom is to continue applying the ‘unacceptable behaviour’ criteria to those who wish to enter its borders, it must be fairly applied to the rich as well as poor, and the weak as well as powerful.

When a UK petition reached over 100,000 signatures, Parliament debates the petition. Today, the Donald Trump petition was debated. A dueling petition entitled “Don’t ban Trump from the United Kingdom” with over 43,500 signatures was also debated.

While many in Parliament had much contempt for statements by US presidential candidate Donald Trump, Liberal MP Paul Flynn was not willing to ban Trump from the UK. Rather, Flynn preferred to invite Donald Trump to a greet him with, “a welcoming hand of friendship, of knowledge of truth, and then perhaps more shameful walls of prejudice will come tumbling down.”

For good reasons the Government does not routinely comment on individual immigration and exclusion decisions.

The Home Secretary may exclude a non-European Economic Area national from the UK if she considers their presence in the UK to be non-conducive to the public good.

The Home Secretary has said that coming to the UK is a privilege and not a right and she will continue to use the powers available to prevent from entering the UK those who seek to harm our society and who do not share our basic values.

Exclusion powers are very serious and are not used lightly. The Home Secretary will use these powers when justified and based on all available evidence.

The Government recognises the strength of feeling against the remarks and will continue to speak out against comments which have the potential to divide our communities, regardless of who makes them. We reject any attempts to create division and marginalisation amongst those we endeavour to protect.