Back in the day, Alex Jones was the “911 truth” man, the “conspiracy theorist,” the face of an alternative movement. That was then and this is now. The non-conspiracy establishment “paper of record,” The New York Times (NYT) itself is reporting on the new war crimes investigation by the International Criminal Court (ICC):

The prosecutor’s report said that American soldiers and C.I.A. officials had, while interrogating detainees in American-run facilities in Afghanistan, “resorted to techniques amounting to the commission of the war crimes of torture, cruel treatment, outrages upon personal dignity, and rape.”

Soldiers subjected at least 61 detainees to these practices, and C.I.A. officers did so to at least 27 detainees, mostly between 2003 and 2004, the report found.

“These alleged crimes were not the abuses of a few isolated individuals,” the report said. “Rather, they appear to have been committed as part of approved interrogation techniques in an attempt to extract ‘actionable intelligence’ from detainees.”

The ICC is commonly referred to as “The Hague” where it is located in the Netherlands. The United States never signed on to the ICC, so the highly respected international organization does not have jurisdiction to actually punish the offenders should wrong doing be found (again). NYT did not link to the report.

In the past, Alex Jones shouted his way into becoming the most prominent name in “conspiracy theory” including for the 911 truth movement. In 2008, just a few days before the election, InfoWars had a variety of underground or conspiracy stories. 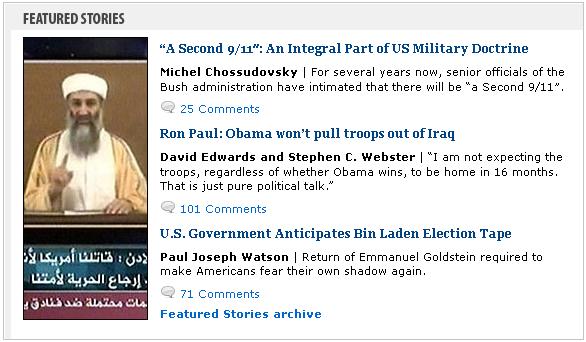 By 2012, InfoWars was still focused mainly on “conspiracy” coverage, even after the election.

That was then. In 2016, InfoWars is full of headlines like:

Notice that all stories point in one direction, as do the top stories: 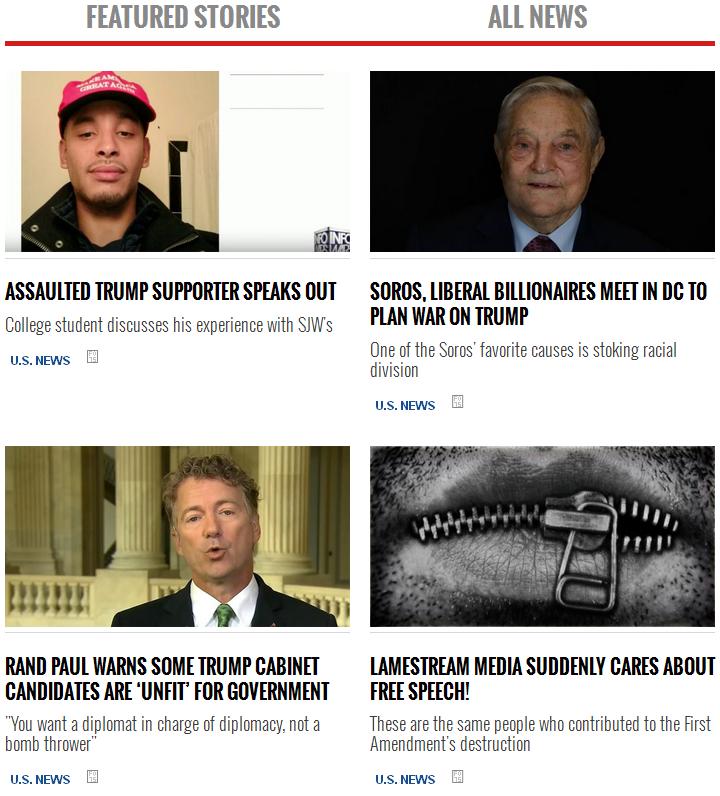 Gone are the days of being concerned about drones, spying, war crimes (by Republicans but Democratic war crimes are permitted), and even his “911 truth” claim to fame itself — but there is a promise to hold Donald Trump accountable. A story quoting Republican Senator Rand Paul’s concerns about Donald Trump’s appointments closes with this:

Rest assured, Trump will have his feet held to the fire over appointments he makes, given that he ran on the promise to ‘drain the swamp’ of Washington insiders.

With the failure of Alex Jones to cover the new war crimes investigation prominently, it is a stretch to imagine that InfoWars will hold Donald Trump responsible for anything. But we shall see.

Ironically those who are interested in high-level conspiracies of government will gain more information from mainstream press than from InfoWars — unless it is purely partisan. How things change. Time for new alternative sources. This is now.

NYT interviewed Alex Jones who spoke with Donald Trump after the election. Alex Jones will accept just 20 percent of some agenda.

Mr. Trump needs to complete only a portion of his promises, he said. “If he gets 20 percent done, people will be happy,” he said.

Which 20 percent would that be?