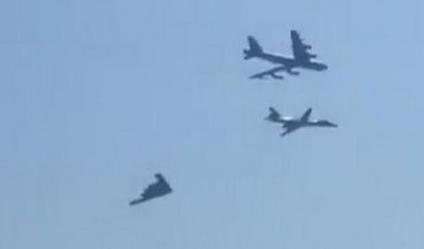 National Abortion Federation (NAF) has filed a lawsuit against organizations that infiltrated Planned Parenthood to expose abortion practices. According to the lawsuit, individuals at the Center for Medical Progress (CMP) created company Biomax Procurement Services (BPS). Members of the company “assumed false identities, used fake driver’s licenses,” and signed confidentiality agreements to get inside the organization and film activities and negotiations for a period of three years.
According to the complaint, David Daleiden, founder of CMP and BPS then boasted on Fox News about the sting operation.

National Abortion Federation is asking the court to block release of more videos, block publishing of names and addresses of NAF personnel, block future access to NIF activities, and damages.

Here are the first three paragraphs of the complaint.

1. This case is about an admitted, outrageous conspiracy to defraud, carried out by extremist anti-abortion activists against NAF and its constituent members, and perpetrated for the purpose of intimidating and harassing providers of abortion care services to women, and to end access to reproductive health services in America. Defendants The Center for Medical Progress (“CMP”), David Daleiden, Troy Newman and individuals acting in concert with them conspired to defraud and did defraud NAF by setting up a fake company (Defendant “Biomax Procurement Services”), which held itself out as a legitimate fetal tissue procurement organization. Daleiden and his cohorts pretended to be officers and employees of their fake company, Biomax Procurement Services. They assumed false identities, used fake driver’s licenses and approached NAF in order to gain access to its annual meetings. Using their fake names and identities, they signed agreements with NAF, agreements designed to protect NAF members from exactly the type of anti-abortion harassment that is the subject of this lawsuit, in which Defendants among other things promised that they (1) would not make video or audio recordings of any meetings or discussions at NAF’s conferences; (2) would only use information learned at these meetings to help enhance the quality and safety of services provided by NAF members; and (3) would not disclose information learned at NAF’s conferences to any third party without first obtaining NAF’s consent. Defendants’ intentional intrusion upon NAF’s privacy, and the privacy of its members, is highly offensive to a reasonable person in light of the malice and oppression underlying Defendants’ motives, and the history of violence, harassment and oppression perpetrated by Defendants towards NAF members over time.

2. Defendants have now admitted that Biomax Procurement Services was a sham, and have revealed that the express written promises Daleiden and his co-conspirators made to NAF were false when made.  Daleiden publicly admitted in interviews with Fox News that Biomax Procurement Services was a bogus company that misrepresented its identity and purpose in order to gain access to abortion  providers and their facilities, including NAF’s confidential annual meetings.  He has publicly boasted about the size and scope of the conspiracy, which he refers to as the “Human Capital Project,” and has admitted outright that he used fake “actors” to infiltrate providers of abortion care (including numerous institutional and individual NAF members) for a period of three years.  This elaborate scheme was explicitly designed as an attack on women’s reproductive rights – Daleiden stated goal is to end safe access to reproductive health services in the United States, and discredit lawful fetal tissue donation programs.

3. To that end, on July 14, 2015, and again on July 21, 2015, Defendants released highly misleading videos, the first of which contains numerous express references to NAF’s annual meetings, and in both tapes numerous individual NAF members are identified by name.  Defendants claim to have thousands of hours of such videotape.  Defendants released yet another heavily edited video on July 28, 2015, a so-called “web-series” that contains yet more misleading clips.  Some of the footage on this third video was clearly taken in medically sensitive clinical areas, displaying a flagrant and gross disrespect for patient confidentiality.  Defendants released a fourth misleading video on July 30, 2015.  Their stated purpose is to release dozens upon dozens of hours of edited videotape in the days and months to come, at a rate of one video per week. Their illegal and misleading videotaping campaign – which they perpetrated by fraudulently infiltrating NAF member organizations and NAF’s annual meetings, among other acts – is a calculated effort by Defendants to demonize and intimidate NAF members in the national media without any regard for NAF members’ safety, security, and privacy, and to discredit legal fetal tissue donation programs that advance life-saving medical research.