In Tuesday’s Republican New Hampshire primary, Donald Trump appears to have won soundly. In the Democratic primary, Bernie Sanders received about 60 percent of the vote count, while Hillary Clinton took just under 40 percent. Much of the press and Google.com have declared Bernie Sanders the winner of the primary. However, claims that Bernie won are not accurate. Bernie only won the vote count, not the official delegate count. 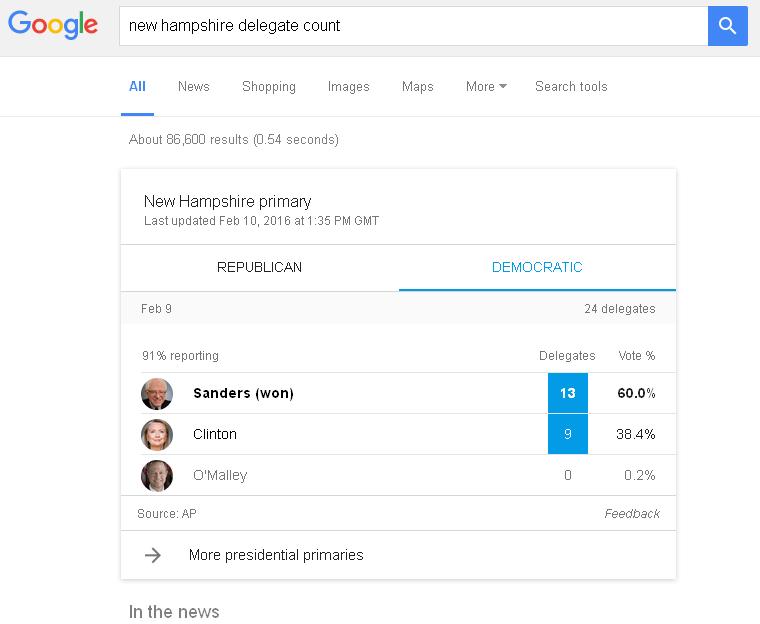 Google shows that Bernie Sanders won 13 delegates while Hillary Clinton won 9 delegates, for a total of 22 delegates. However, there are 32 delegates available, eight of which are super delegates. As The Inquisitr explains:

Google completely ignores this and ignores the possibility that Hillary Clinton may still win in the critical final delegate count .

The issue of super delegates was widely discussed in 2008, with much criticism. Eight years later, nothing has been done. This issue should not be swept aside in illusions that Bernie Sanders won the primary despite the vote count. As it stands now, Bernie could win the popular vote solidly, and still lose the state by the official delegate count.