Nate Silver and his FiveThirtyEight.com has received much publicity and credibility for making good predictions. Last night for the primaries, while everybody was looking, Nate and the other polling predictors were in for a huge surprise. Democratic candidate Bernie Sanders was given a one percent chance of winning the state of Michigan. He won. 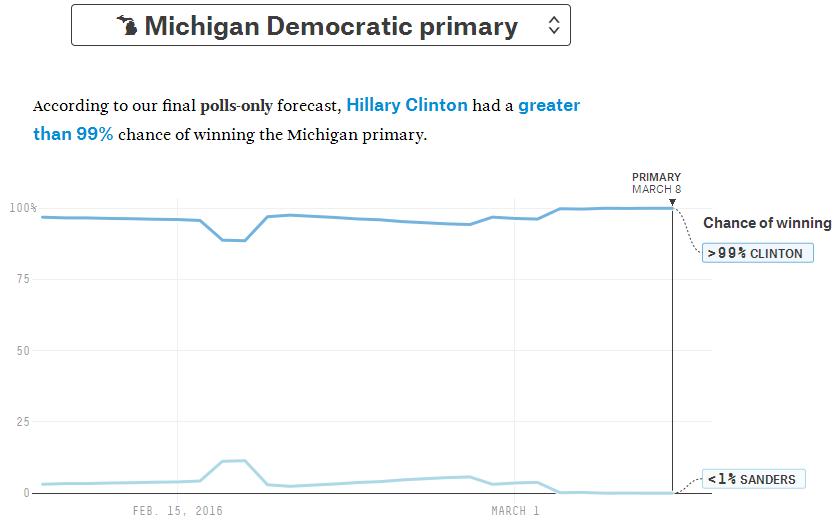 Bernie Sanders is now in some respect a one-percenter. Here’s how Nate Silver described it on his blog.

9:25 PM
natesilver2_light
I said earlier today that I had an intuition Sanders could beat his polling in Michigan tonight, but I didn’t expect things to be quite so close. If Sanders winds up winning in Michigan, in fact, it will count as among the greatest polling errors in primary history. Clinton led by 21.3 percentage points in our final Michigan polling average. Previously, the candidate with the largest lead to lose a state in our database of well-polled primaries and caucuses was Walter Mondale, who led in New Hampshire by 17.1 percentage points but lost to Gary Hart in 1984.