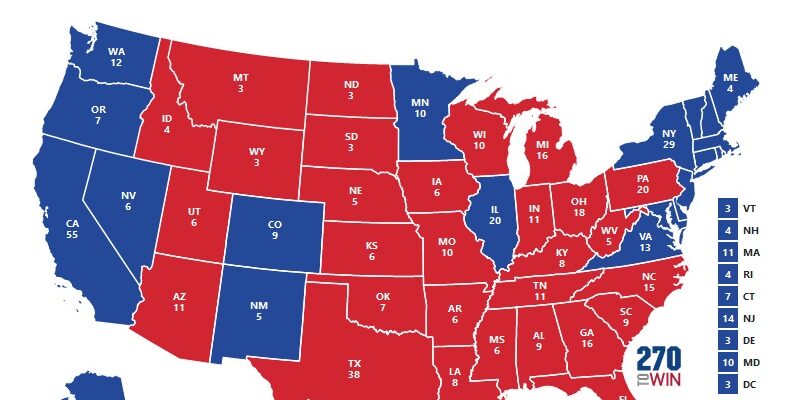 Republican legislatures can override state election results and appoint Donald Trump’s electors. During the 2000 election, leaders in the Florida legislature said they could just do it — they could decide that the courts were wrong, substituting themselves for the judicial branch, and appoint Electors for George W. Bush:

In legal papers filed with the U.S. Supreme Court, the Legislature asserted broad authority to allocate Florida’s electoral votes even if the state courts order further recounts of presidential ballots that could give the lead to Democrat Al Gore…

In a sweeping assertion of authority, the Legislature argues that the “Legislature itself, and not the courts,” can determine when the state has failed to make a “timely” choice of its electors…

Florida leaders went on to say that they would step in on December 12, 2000, to choose state Electors for George W. Bush should the dispute be on-going — unless courts decided in favor of George W. Bush by then. On that date, the Supreme Court released a late night unsigned 5-4 opinion ending the count and essentially declaring George W. Bush the winner.

Each State shall appoint, in such Manner as the Legislature thereof may direct, a Number of Electors …

The plain language of the Constitution gives legislatures the power to determine the “Manner” of appointment, not to declare a winner regardless. But such language did not stop Florida Republicans in 2000 from insisting they have absolute power to pick the winner directly regardless of law — law the legislature itself wrote.

Flash forward to 2020. With COVID-19 out of control, federal troops in cities, and court battles popping up everywhere concerning election rules, there may be all kinds of excuses for Republican legislatures to say the election is unfair, override results, and simply declare Donald Trump the winner.

Before the certification issue gets to the state legislature, it has to pass through the governor’s office. Unlike Florida in 2000 with Republican Katherine Harris as Secretary of State, many of these states have Democrats in similar positions.

Nevertheless, a Republican legislature could still declare Donald Trump the winner. This would create a dispute inside the state. From there, the only avenue forward would be the very courts that Florida legislators said they could overrule.

Republicans are likely to win many of the “red states” in this map anyway. Republicans would only need to override vote counts in enough states to bring the electoral count for Donald Trump over 270. Conveniently, all of the major swing states are controlled by Republican legislatures — Ohio, Florida, North Carolina, and Arizona, plus traditional Democratic states Wisconsin, Michigan, and Pennsylvania.

Once the certificates reach the Senate, the President of the Senate reads them. This could be done by Mike Pence or Mitch McConnell. A majority of Electors, 270 or more, wins. As per the Constitution:

The person having the greatest number of votes for President, shall be the President, if such number be a majority of the whole number of Electors appointed;

There has never been a successful dispute of a majority of Electors, but there is an objection process. Members of Congress object to a slate of Electors from a certain state. Both House and Senate vote separately on the objection. If majorities in both houses vote to disqualify a state, the objection succeeds and the Electors are thrown out. This could leave nobody with the 270 required to win. The next phrase of the Constitution kicks in:

and if no person have such majority, then from the persons having the highest numbers not exceeding three on the list of those voted for as President, the House of Representatives shall choose immediately, by ballot, the President. But in choosing the President, the votes shall be taken by states, the representation from each state having one vote;

Representatives of each state vote separately, with majority wins per state. The Constitution does not provide one-representative-one-vote in the presidential race — it provides one-state-one-vote. Fifty results by fifty states are counted as fifty votes for the office. As it turns out, the majority of states have a majority of Republican representatives, even though the House has a majority of Democratic individuals. So if all Republicans vote for Donald Trump, then he gets a second term.

There is one last wrinkle: the final vote takes place in the new Congress after January 3. If there is a “blue wave” in 2020, the mix could be different. But even if Democrats pick up seats in the House, it is unlikely they would gain majorities in a majority of states, leaving Republicans with control of the presidential vote. We will know after the November election.

Given the pattern of the Republican-controlled Supreme Court protecting Republicans from American voters, and given the recent unanimous decision refusing to intervene with Electors, it would be very hard to imagine that the Court would enter into a dispute once election certifications are handed to Congress. The Court would refuse to hear such a case using a doctrine like standing or political question. But even if the Court did intervene, as explained above, it would likely decide against counting the votes (again) or states would not recognize the result.