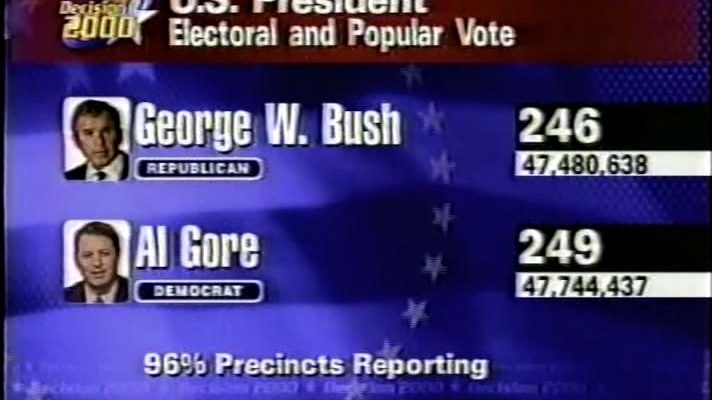 “Republican judges systematically favor their own party in election cases by a statistically significantly greater margin, controlling for other things, than do Democratic judges,” according to a new study at PartisanJustice.org, a project of the American Constitution Society.

The new report, “How Campaign Money Politicizes Judicial Decisionmaking in Election Cases,” examines more than 400 cases and 2500 judge votes in every state from 2005 through 2014, finding that “judicial decisions are systematically biased by these types of campaign finance and re-election influences to help their party’s candidates win office and favor their party’s interests in election disputes.” 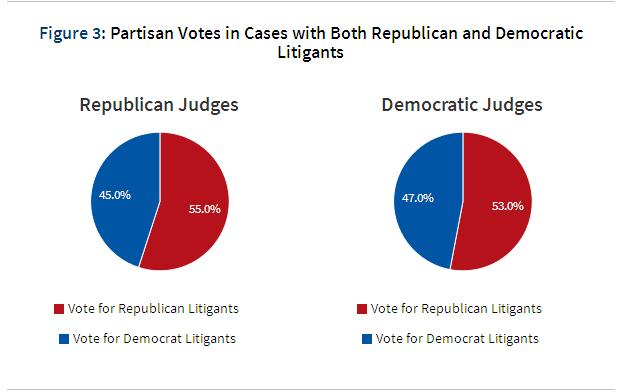 While both parties were more likely to choose candidates by party than by legal issue, Republicans were 36 to 38 percent more likely to toe the partisan line. The overall differential is graphed above.

The American Constitution Society for Law and Policy is a progressive version of the Federalist Society created in 2001. It is a network of lawyers, law students, scholars, judges, and policymakers, according to Sourcewatch.org. The group features powerful Democrats including Attorney General Eric Holder. The report goes beyond partisan views and provides raw materials available for public review.

The study finds that judicial partisanship is significantly responsive to political considerations that have grown more important in today’s judicial politics. Judicial partisanship in election cases increases, and elected judges become more likely to favor their own party, as party campaign-finance contributions increase. This influence of campaign money largely disappears for lame-duck judges without re-election to worry about…

Since 2000, state supreme court races have undergone a revolution.  Once characterized as sleepy affairs in which little money was raised or spent and active campaigning was rare, supreme court elections now are highly-politicized and contentious contests, with millions of dollars routinely raised and spent by and on behalf of the candidates.  While incumbents rarely lost reelection bids in the 1980s, incumbents’ loss rate rivaled those of congressional and state legislative incumbents by the 2000s. The new style of aggressive judicial campaigning has been fueled by a flood of campaign contributions. State supreme court candidates raised less than $6 million total in the 1989–1990 election cycle, but in three of the last six election cycles, candidates raised more than $45 million.

To control as much as possible for ideology or partisan views, the study looks at cases where a particular election was being contested between a Democrat and a Republican, and where issues of law were not likely to produce long-run benefits for the party.

The entire data set is available in excel form.