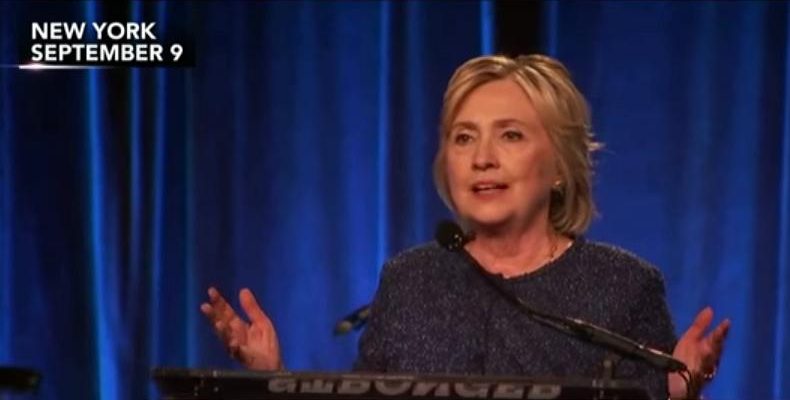 While it may not seem very flattering, a series of recent polls have indicated strongly that more than half of Republicans have deplorable suggestions about how the world is or what should be. A whopping 71 percent claim they do not believe the well established allegations of pedophilia by former Republican candidate Roy Moore. An unbelievable 52 percent would be willing to suspend the 2020 election to keep Donald Trump in power, in total disregard of basic American values — even in 1864 there was an election during the Civil War.

First, we need to define our terms, as our basic language has been under assault for decades now. For the purposes of this article, those who describe themselves as Republican are appropriately considered Republican. Finally, on the subject of “fake news,’ 49 percent claim to believe that Donald Trump won the popular vote in the 2016 election, even though he actually lost by a stunning three million living, breathing human beings.

It is hard to say what can be done to reduce such mass hysteria and irrational thinking, as it is always insulting and personal to ‘attack’ someone’s most basic beliefs or claims of belief. On an individual basis, where possible, these people should be pointed in a more responsible direction. But it seems likely that most of these people will need to be overwhelmed by calling all reasonably rational Americans to take a stand against the long-standing party of oligarchy and push them out of power. This strategy appears to be working for now, but things can change fast. We must persist as a most cited living author Noam Chomsky described the Republican Party as “the most dangerous organization in world history”:

I mean, has there ever been an organization in human history that is dedicated, with such commitment, to the destruction of organized human life on Earth? Not that I’m aware of. Is the Republican organization—I hesitate to call it a party—committed to that? Overwhelmingly. There isn’t even any question about it.

71 percent of Alabama Republicans don’t “believe” sexual abuse allegations against their own party.

It is hard to say for sure what Republicans “believe,” but a clear majority claim to believe they do not believe the allegations of sexual abuse by young teenage girls against former candidate for Senator from Alabama, twice-removed lawless “Judge” Roy Moore. Many of these are the same people who defend Dear Leader Donald Trump from his 19 accusers, even after recordings came out describing what he can get away with for being a powerful man. Worse yet, so many of these people are the same ones who harped on for a year about a massive worldwide child sex ring run by none other than Democrats Hillary Clinton and John Podesta. They call it “Pizzagate” and it is truly huge, although there has never been a victim come forward.

A new CBS News poll finds 71 percent of Alabama Republicans say the allegations against Roy Moore are false, and those who believe this also overwhelmingly believe Democrats and the media are behind those allegations.

52 percent would suspend democracy and cancel the 2020 election.

For all the talk by Republicans that Barack Obama would stay in office and refuse to leave at election time, including charges that Hillary Clinton would steal the 2016 election, Barack Obama did leave as  expected, and Hillary Clinton did concede on election night despite tremendous gaming of the election. Now, with their idol in office fabricating charges of voter fraud, they are willing to cancel the 2020 election. These people have no use for democracy of any kind. They disrespect the most basic American values:

In an incident of mass hysteria with the largest implications, namely that they would throw out our basic election system as described above, nearly half of Republicans are willing to believe or claim to believe that Hillary Clinton magically controlled the election turnout such that she snuck into all those purple states and somehow got Republicans to help her try to steal the 2016 election by purging votes — never mind that Republicans are the people known for vote purging:

Nearly All Republicans approve Donald Trump and are sticking with him.

Despite all the convenient banter from Republican officials providing a circus of outrage against Donald Trump’s foul mouth, when the policy matters, they are right behind him. Republicans maintain their spurious outrage against Donald Trump only for political convenience when absolutely necessary to pretend that Republicans are somehow reasonable as the far right becomes the new center. They will stomp out Donald Trump the moment he exhausts his usefulness to the business oligarchy the same way Donald Trump created fake contrast with the discredited George W. Bush faction of the party, and the same way their carefully funded Tea Party flavor of fake populism funded by billionaire oligarchs did the same.

Although more than 90 percent of Republican voters think he’s doing a good job, about one in three Republicans want to replace President Donald Trump on the GOP’s ticket for the 2020 election.

However, a clear majority of GOP voters — 63 percent — say they would still prefer Trump be the Republican nominee for the 2020 election …

Forty percent of Republicans considered themselves “Always Trump;” supporting him in both the 2016 GOP Primary and in 2020. The “Never Trump” Republicans, by contrast, make up 18 percent …

Further, the supporters of Donald Trump did not suddenly appear out of the ether. 2012 candidate Mitt Romney received about 60 million votes. Donald Trump received about 62 million. These numbers fit perfectly in line so that nearly all the same people who voted for Mitt Romney voted for Donald Trump — by the millions. There is no other place these people could have come from in 2016, and there is no other place they could have gone since 2012. Republicans certainly did not rush to Hillary Clinton, despite some of the most deplorable Republican neocons providing her with the endorsement kiss of death because the vote count for the Democrat were steady from 2012. Donald Trump is not now and never was an “outsider” and Republicans knew that all along.