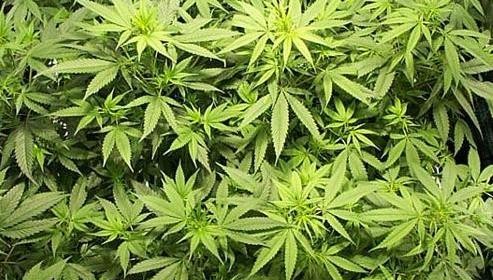 The people of Ohio yesterday voted against an initiative that would have changed the state constitution to legalize marijuana in the state for both medical and recreational uses. The measure failed by about 36-64 percent, despite polls showing that state voters were evenly split on the referendum. The initiative, Issue 3, called for giving wealthy investors who spent about $25 million to bankroll the referendum campaign exclusive rights to grow commercial marijuana. The controversial campaign included a mascot named “Buddie.”

Some legalization organizations equated the provision for exclusive rights to enshrining a monopoly in the State Constitution, and campaigned against the amendment .

This past election cycle, marijuana legalization supporters worked to gain ballot access for the issue. Wealthy interests came together to support a ballot initiative to legalize marijuana in Ohio. The group created Responsible Ohio and spent some 25 million dollars to promote the measure. In return for this investment, legalized marijuana would be regulated in such a way that only these people would be able to produce the product. Legal marijuana would be subject to a flat tax. Supporters gained enough signatures to place the initiative on the 2015 ballot.

Some groups who support Ohio state marijuana legalization weighed the restrictive nature of the proposal against the legalization issue and decided to oppose the initiative. The Libertarian Party of Ohio stated in a press release:

The Responsible Ohio initiative would lock in the 10 particular growing sites, granting an effective monopoly to the investors who control those sites. Since the initiative is being offered as an amendment to the Ohio Constitution, any future change would also have to be done by means of a constitutional amendment, which would likely face well-financed opposition from the beneficiaries of this proposal.

The Green Party also opposed the measure because it “would create a limited numbers of growers in the state, in essence, both create a state-backed cartel.   This is the wrong approach for our state.”

The initiative became known as the “marijuana monopoly.”  With ten approved growers, it was actually an oligopoly.  The 2015 marijuana proposal was compared to a 2009 referendum permitting casino gambling that also amended the state constitution and created a four-member oligopoly. The casino gambling initiative passed by 53-47 percent.

Other groups, including Reason, supported legalization despite the oligopoly provisions:

Legalizing pot, even under less than ideal circumstances, is not a small thing. It would represent a major step forward, especially in a place such as Ohio, a state that as much as or more than any other represents heartland America and “normalcy.” Ohio could be the hill upon which pot prohibition dies.

The legalization community was split.

In testimony against this resolution, Christopher D. Stock, the writer of the legalization initiative,  warned that the resolution “effectively makes it impossible for future individuals or organizations to amend the Ohio Constitution.” He said the resolution could block Ohio citizens from protecting gay marriage or war veterans because the resolution “dramatically shifts the power of the ballot initiative away from the people.”

With broad bipartisan support, the resolution passed the legislature and became Issue 2 on the 2015 ballot. Now, according to most analysts, to gain marijuana legalization, voters had to both oppose Issue 2 and support Issue 3.  The opposite occurred. Voters supported Issue 2 and opposed Issue 3. Voters passed Issue 2 by about 52-48 percent. Ohio will not become the fifth state with legal recreational marijuana at this time.

With the failure of the Issue 3 “marijuana monopoly” bill, and under the risk of the Issue 2 constraints on future state constitutional amendments, the legalization community vows to continue working in Ohio. National Cannabis Industry Association executive director Aaron Smith said:

“The people of Ohio have understandably rejected a deeply flawed, monopolistic approach to marijuana reform that failed to garner broad support from advocates or industry leaders. This debate has shown that there is a strong base of support for legalizing, taxing, and regulating marijuana. Now the foundation has been laid for a potential 2016 effort that would put forward a more common-sense initiative and have a major impact on the presidential conversation in the process.”