CNBC published an article entitled, “The crucial lesson Trump should learn from JFK,” written by Jake Novak. John F. Kennedy was the president over 50 years ago. His legacy is not fresh in people’s minds, but everyone knows that JFK was assassinated. The vague title naturally conjured up images of assassination: a “crucial lesson” for Donald Trump would be not to buck the establishment too much or end up dead.

When CNBC posted the article to Twitter, Donald Trump supporters rushed to criticize it. 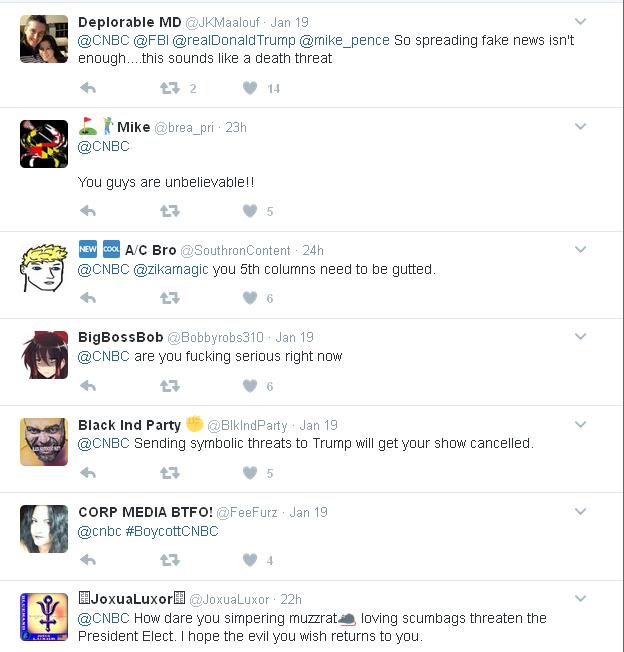 The article actually covered attempts to make deals directly with industry. JFK’s attempts to deal with the steel industry directly were not successful. The “lesson” Donald Trump should “learn” is that these industry “deals” are likely to fail:

Trump may seem like a reckless trailblazer, but at least half of that characterization is wrong. He’s not the first of our nation’s leaders to single out a company or industry with a public comment and send that company or industry’s shares into a major tailspin. The all-time champion in that regard was President Kennedy, who went to war with the American steel industry in 1962. And it was a war both sides, and the country basically lost.

From his personal Twitter account, Jake Novak complained in a Tweet making fun of Donald Trump’s manner of speaking, “People who didn’t read my last column are making a wild accusation against it. Not even close to true. SAD!” He was met with a reply calling him a “jack ass.” 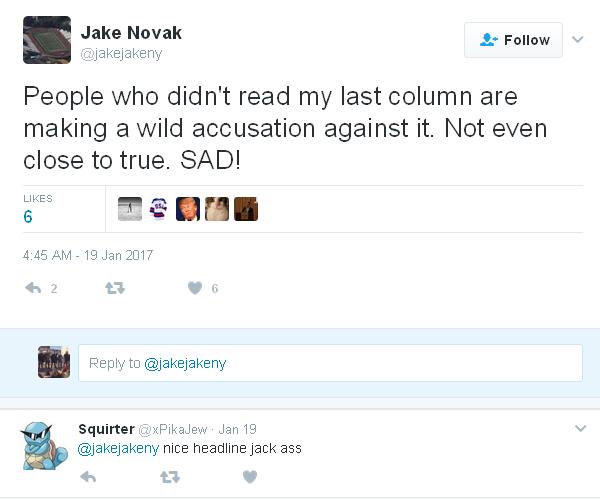 Defending the title, Jake Novak declared, “It would be nice if people would actually read articles before pretending to know what they say.” Another user replied, “We’re a few years past that point, sadly, and I don’t think it’s going to get better.” 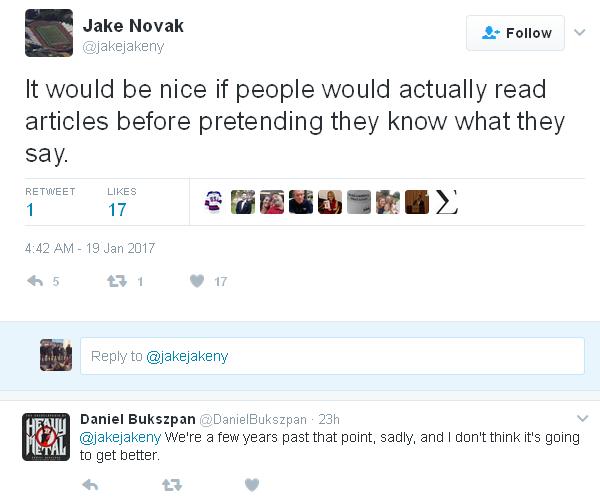 With the vast number of news article titles that pass our eyes during the course of a day, it is not reasonable to expect people to read them all. It is not even possible. CNBC should know this reality and write headlines accordingly.

A change of title would have clarified the subject: “Trump should learn that when JFK dealt directly with industry, it failed,” or something more explanatory. A headline title is supposed to reflect a shortest-form content summary. This was the rule even before proliferation of the internet.

The article is actually very informative and makes a good analogy. It just needs a better title.

Instead, the article wound up being double clickbait — creating an impression of assassination and a mystery riddle about what JFK did.” In a word: CLICKBAIT.